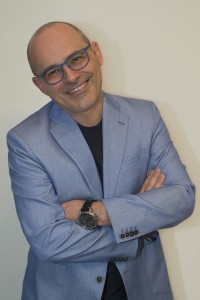 Ivan sets up his own company almost immediately after graduating at University, and managed it very successfully for twenty years.

However, his interest in writing and personal growth led him at the age of 47 to change direction and trust in life completely. He decided to give up his business and follow his dream of becoming an author.

Life brought him a wonderful gift. He began to work with the best-selling American writer, Joe Vitale, from whom he learnt the secrets of the Law of Attraction, the power of the mind, and the importance of our inner journey.

This collaboration led to the publication of two best-selling books in English: The Midas Touch and The Prosperity Factor.

In less than 24 hours he finds a publisher for his works and signed with one of Italy’s top publishers: one for an Italian edition of The Midas Touch (Il Tocco di Re Mida), and for his first individual book Il Potere e la Magia della Gratitudine (The Power and Magic of Gratitude), which has achieved excellent sales.

He then encounters the film Un Altro Mondo (Another World) that touches him deeply and after becoming friends with the director, Thomas Torelli, decided to co-produce it and help spread its message.

During 2016, he translated and wrote the introduction for the Italian edition of Joe Vitale’s book, The Secret Prayer (La Preghiera Segreta).

In the summer of 2017, he published a collection of stories under the title Storie di Ordinario Risveglio (Stories of ordinary awakening). Based on an idea developed by himself and the late Roberto Senesi, it features various authors he has met during his year as a writer.